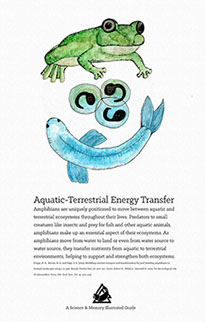 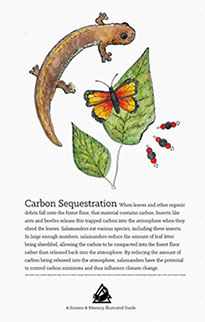 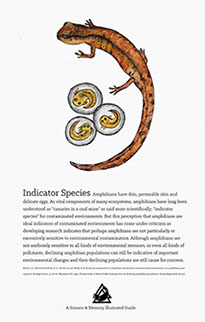 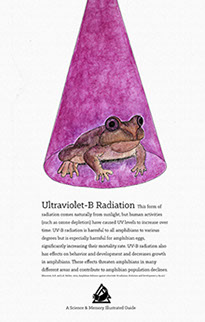 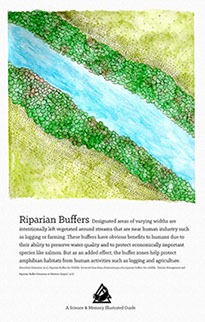 How can something so small matter so much? Looking at a one-inch-long amphibian curled into a tight coil, it’s difficult to imagine how these tiny (but numerous) creatures can matter at all in the grand scheme of things. If something like an errant rock or a single misplaced boot can easily do away with a single amphibian, how can they, in their slithering, ribbiting, sensitive masses hope to hold against the forces of a changing planet that threaten their habitats and health?

The humble amphibian, little considered and frequently ignored, seems as though it might only exist as a bit player in the larger drama of climate change. And yet their dwindling numbers tell a story about the complex ways that humans and nature interact. Indeed, amphibians even have the potential to act as fortune tellers, their fate reflective of a possible future for humans.

To discount the importance of amphibians in Oregon ecosystems is to completely miss the complex and important ways in which amphibians are woven into every part of the environments in which they live. Salamanders, newts, frogs, and toads are a vital component of many forest and freshwater ecosystems, both in the water and on land. Salamanders are of particular interest. Their constant consumption of insects (and anything else that they can fit into their mouths) not only regulates insect populations but in doing so actually slows the release of carbon into the environment. “There are studies that other people have conducted showing that because salamanders eat such an abundance of invertebrate prey, that is altering the system for carbon sequestration,” says Dr. Dede Olson, a Supervisory Research Ecologist for the U.S. Forest service. “So there is a link between salamanders and even potentially climate change.”

Amphibians also have the ability to serve as indicator species in certain situations. Their decreasing numbers may have the ability to predict the potential harms that may befall other creatures. “In some cases they’re like a canary in a coal mine,” said Dr. Andrew Blaustein, a disease ecologist at Oregon State University doing work on amphibian population declines. “You know, if amphibians are declining, now other animals are declining.” Their thin, permeable skin may make them susceptible to contaminants in both air and water that result from things like pesticide use and logging activities. “There was a case where an infant was drinking well water and was killed by fertilizer up near McMinnville. Would you drink water that’s killing amphibians?” asks Blaustein.

Yet the amphibian’s ability to foretell danger also serves to highlight their plight: amphibian populations across the globe are experiencing population declines, and in some cases, says Blaustein, threat of extinction. Disease, changing weather patterns, and habitat loss are all contributing factors to declines in amphibian populations. Blaustein’s work centers around the belief that the causes of amphibian population declines are multifaceted and complex. “And I’m on one end of a continuum. My end is not very populated,” says Blaustein. “I believe there are multiple factors that interact. I don’t think that there’s one cause for amphibian declines. I think climate change is involved with all this. Obviously it’s global but there are other things too.”

Amphibian population declines place their many important environmental functions in jeopardy. Yet not all hope is lost, at least according to Olson. “The United States is the best in the world at conservation for amphibians,” says Olson. Despite the fact that our legislation is somewhat different from that governing endangered species in the rest of the world, Olson says that the legislation is effective. Olson says she doesn’t feel that we’ve gone past the point of no return when it comes to amphibian populations, and that logging companies and other industries have a vested interest in keeping these amphibians off the endangered species list in order to avoid having to make expensive or restrictive accommodations for affected habitats.

According to Olson, a combination of federal and state protections are critical for preserving amphibian populations. Although further work must be done to understand the complexities of the issue, she credits our combination of state and local legislation in conjunction with a stewardship ethic in the United States to the fact that that amphibians are better protected here than anywhere else. Additionally, the United States is employing technology such as riparian buffers that can help to protect amphibian populations. The limited success of some measures is not enough to completely salvage these populations, but Olson says that her work on riparian buffers in conjunction with legislative efforts gives her hope for the viability of protecting amphibians.