The Oregon Dungeness crab industry is a unique fishery that demonstrates the connection between science and business. It’s one of the only sustainable fisheries in the market that hasn’t faced severe depletion of fish, and very few fisheries operate the same way as that of the Dungeness crab. For various reasons, it is a leader in the industry.

Dr. Alan Shanks is a marine biology professor at the Oregon Institute of Marine Biology in Charleston. His research from the past 18 years involves predicting the Dungeness crab commercial catch in four years by collecting data on returning megalopae — a larval stage of the Dungeness crab. The success rate of his predictions are within a 12 percent variability; however, last year his prediction was very far off — possibly due to the increased growth rate of Dungeness crabs from warmer waters brought by an El Niño weather pattern in 2015.

As part of Dr. Shanks research process, each day he opens the light trap and records the number of megalopae that were caught inside. He tracks the data to predict what the Dungeness crab population size will be in four years.

This Dungeness crab is in its post-metamorphic juvenile stage, the second-to-last stage in the crab life cycle. Signs a crab has reached this stage include the loss of the tail, which megalopae still have, and the formation of a hard outer shell. Dungeness crabs remains juvenile for their first two years and mostly live in shallow, protected waters to avoid habitat overlap because adult crabs are known to cannibalize.

Dr. Shanks collects the megalopae for his research on Dungeness crabs at the F Dock. He waits in front of the pile of crab traps to take students back to his lab to get a closer look at that day’s catch.

Dr. Alan Shanks conducts much of his research on Dungeness crabs in the lab at the Oregon Institute of Marine Biology in Charleston. His dog, Pushkin, follows him throughout the campus and lab. When Pushkin first started coming to campus, OIMB had a no-dogs policy. However, once people met Pushkin, they allowed him to follow Dr. Shanks everywhere.

Dr. Alan Shanks presents his research on Dungeness crabs to the Science & Memory group at the Oregon Institute of Marine Biology in Charleston. After his presentation, he took the group down to the dock to accompany him on his daily collection of megalopae in the light trap. 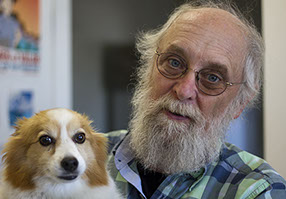 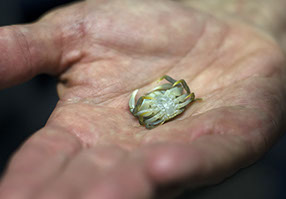 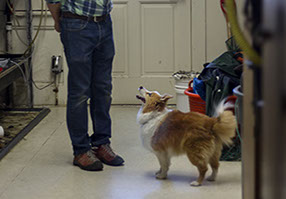 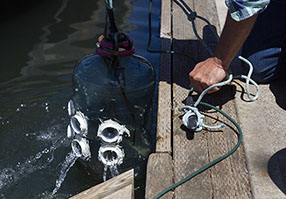 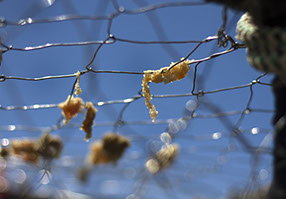 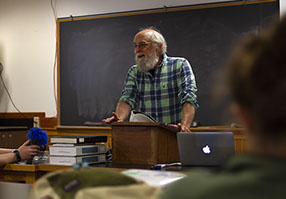 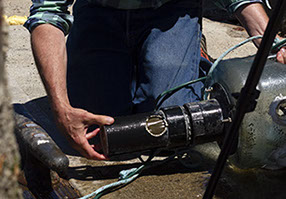 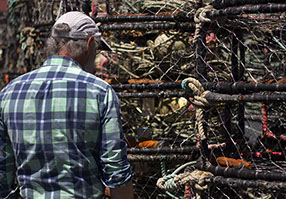 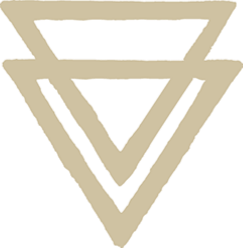 Mike Lane has been crabbing on the Oregon Coast for over forty years. While he was partly drawn to it because of the risk, he considers himself lucky that he hasn’t been in very many situations where he felt unsafe, and has only had to be towed a few times in his career.

Mike chats with another fisherman on the docks.

The Morning Star’s steering wheel is reminiscent of older wooden ship models. Mike purchased the boat used in the 1990s.

Mike chats with students about recent changes in crab fisheries. He says while the industry has taken targeted steps to improve its sustainability, bigger and more complicated issues such as domoic acid accumulation are affecting the seasons more often.

Mike’s galoshes sit near the captain’s chair of the Morning Star.

A small portrait of Mike’s children hangs by the captain’s chair of the Morning Star. Both are now in their mid-to-late twenties. Mike’s first grandchild is due in the next month.

Mike rests his hand on the Morning Star’s steering wheel during a quiet moment in the cabin.

Mike pauses during a quick portrait session inside the Morning Star’s cabin.

A trio of lined shore crabs (Pachygraspus crassipes) take a breath during low tide at Sunset Bay. So long as they keep their gills moist, these crabs can spend a considerable amount of time out of water. They’re found at the highest points of the intertidal zone and eat both plants and other small animals, and sometimes will eat each other during the soft-shell or molting stages. 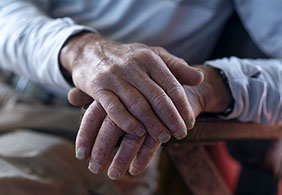 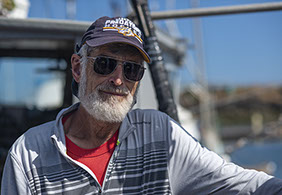 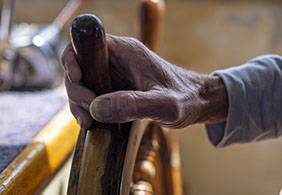 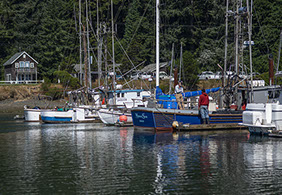 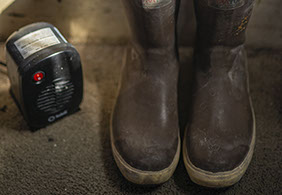 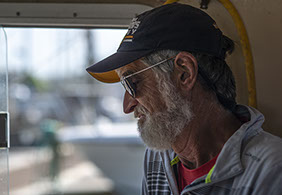 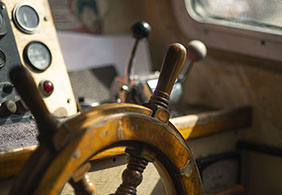 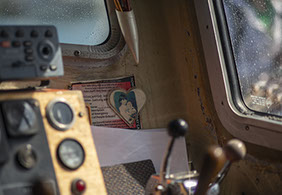