In the spring, birds flock to Cordova, Alaska for nesting season. The dusky Canada goose, a subspecies of the Canada goose, uses the marshy, grass-filled Copper River Delta as its sole nesting habitat.

The ecosystem of the Copper River Delta changed abruptly when the 1964 earthquake lifted the wetland, turning it from a saltwater—to a freshwater—dominated system. Where at first the dusky Canada goose population spiked post-1964, it has since sharply decreased due to this change in habitat type over time. Shrubs and trees have grown up, and duskies now have less protection from predators such as bears, wolves, coyotes and bald eagles.

Fewer duskies nesting on the delta means the implementation of stricter hunting regulations in Oregon and Washington, the duskies’ wintering grounds. According to a U.S. Forest Service report, these restrictions could limit recreational activity and bring “significant economic impacts to agriculture, especially in Oregon from large population increases of other geese subspecies formerly controlled through hunting.” Thus, the dusky Canada goose is considered a species of concern.

During the summer months, members of the Forest Service wildlife team travel via airboat to remote areas of the Delta to monitor and combat these changes. 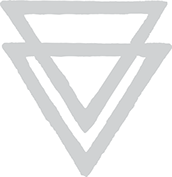 In 1964, The Great Alaskan Earthquake altered the habitat of the Copper River Delta, which led to the decline of dusky Canada goose populations. As a result, hunting regulations were enacted to protect the subspecies in Washington state and Oregon. This audio slideshow tells this story from the perspective of waterfowl hunter Gary Phelps.