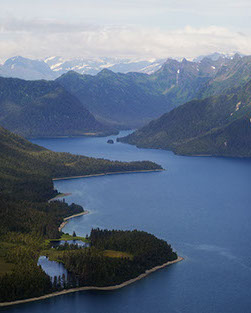 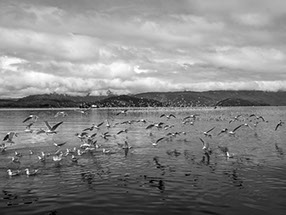 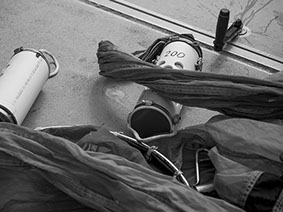 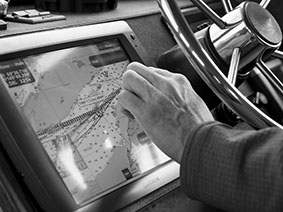 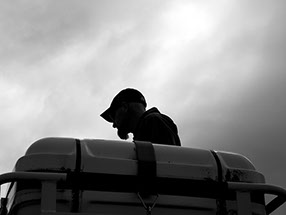 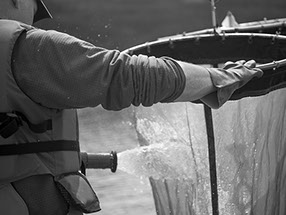 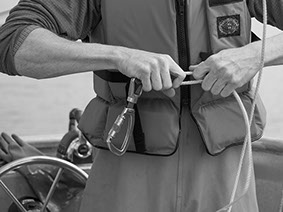 A really long time ago, the oceans changed, warming over a period of thousands of years, and gave us what we know today—what small, minuscule amount we know compared to what exists within them.

For a coastal town like Cordova, Alaska, a chemical change like acidification can have a huge impact on both the abundant ecosystems in the Prince William Sound as well as the financial and cultural dependencies local residents have on those systems. Researchers from the National Oceanic and Atmospheric Administration are currently looking at the ways in which ocean acidification and the unique make-up of the Sound interact.

Ocean acidification is the scientific phenomenon in which carbon dioxide absorbed by the ocean changes the water’s ph balance, making it more acidic. It’s often referred to in casual conversation and media reports as “the sister problem to climate change.” And just like climate change, OA doesn’t have just one cause or just one solution—some of it is a natural process that has happened on the earth for the last bazillion years and some of it comes from humans.

What happens is that humans and some natural processes do things that release CO2 into the atmosphere. It comes from humans and other creatures breathing, from manufacturing plants releasing byproduct into the air, from fertilizer getting washed out into water systems, from cars driving down the street and around the corner.

An estimated 30-40 percent of that CO2 is then reabsorbed back into bodies of water. Once in the water, the CO2 reacts with water molecules. It does this because of the tendency for chemical equilibrium, which is a natural process where molecules have a mighty need to be even across all sides of a substance and will do whatever they can to achieve said equality—like molecular communists.

This reaction makes carbonic acid and some of those carbonic acid molecules react with water to make a bicarbonate ion and a hydronium ion. It’s the hyrdronium ions that lower the pH balance of the ocean making the water more acidic.

Now all this extra carbon dioxide can be a good thing for some oceanic residents. It’s used in photosynthesis in exchange for O2, oxygen, and in that way living creatures and plants need one another to survive—you’ve heard this before. Oceanic plants are no different and all that extra CO2 gets used up and turned into oxygen. Phytoplankton are the smallest multicellular creatures on the planet and every single one lives in a body of water—mostly the ocean. Blooms of phytoplankton account for just about half of the oxygen in the world while they’re undergoing photosynthesis. This means that the microscopic little plants gobble up carbon dioxide like a kid does candy on Halloween but without the stomach ache.

But not everybody loves having all that carbon around. The main predators for phytoplankton are zooplankton and while their prey benefits from CO2 absorption, some zooplankton like pteropods are threatened by it. Lead researchers at NOAA estimate that carbonate shell making organisms could suffer severe damage or depletion by the end of the century due to too much CO2 in the water. The problem is that because of the chemical reactions happening in the water, these organisms can’t build their shells properly. According to NOAA, there’s an “undersaturation” of the necessary minerals for shell and exoskeleton building because of acidification. Additionally, the low pH balance can eat away at some shells.

Pteropods are a staple in the diet of many sea-dwellers but especially in herring and juvenile salmon. They’re also calcium carbonate building zooplankton and as such have become a minor celebrity in the world of ocean acidification research. No one knows what happens for sure if you pull a thread out of a food web but the number of species that eat pteropods makes the guess work a little frightening.

And while this isn’t an issue that just one ocean faces, there are unique challenges faced by different shores and climates.

For example, it’s no longer a little known fact that the Pacific Northwest coastline has lost its wild oyster population, leaving oyster farmers wondering what will happen to their domestic breeds. Oysters build their shells with calcium carbonate, just like pteropods, and the high human demand for the tasty little creatures combined with an inability to properly build their shells has really hurt their population.

So many miles north, the same water hits the shores of Alaska but creates an entirely different issue. In the Prince William Sound, ocean water mixes with glacial run off—a process that causes brilliant aquamarine hues and milky textures found few other places on earth. This means that the fresh water from the glacier—devoid of nutrients or chemicals—mixes in with the pre-existing CO2 molecules in the ocean water, providing more water molecules to react with. This combined with the temperature means that water like that in the Prince William Sound can hold more CO2 than water in a more southern climate.

With a world renowned salmon population, a loss of pteropods in the Prince William Sound could really mess with the economy as well as the culture of fishing found in places like Cordova.

But then again, maybe not. The current research around acidification doesn’t have a conclusion because it’s ongoing, much like other climate based research.

Folks are looking into it, however. Researchers Jeremy Mathis and Wiley Evans and their team from the Pacific Marine Environmental Laboratory studied the relationship between glacial melt and salt water in relation to ocean acidification. The data collection concluded in September of 2014 and the team is currently working on publishing their findings.

To collect data, Mathis and Evans deployed a series of gliders into the Prince William Sound and surrounding areas in May of 2014. This launch included two wave gliders, which are small buoyant crafts with measuring tools on board, and one slocum glider, a type of diving craft also with measuring tools.

The gliders were controlled remotely 24/7 by members of the research team and measured salinity, temperature, pCO2 and ph levels. One wave glider toured through the center of the Prince William Sound, the other floated back and forth across the Montague Strait. The slocum glider traveled vertically between 0 and 200 meters out on the continental shelf.

The gliders worked in tandem with research equipment aboard a glacier tour vessel with Major Marine tours—the Fairweather Express II.

“It’s the first time that we’ve worked with a passenger vessel,” said Evans. “We’re used to working with research vessels and commercial vessels like container ships but these glacier tour boats are essentially a floating restaurant and there’s 150 paying customers on board.”

When researchers from Evans’s team came aboard, the customers were alerted to their presence. In some cases they were encouraged to ask questions about what was being studied. An illustrated explanation of the research hung on board so that guests could read up on the double duty their tour was pulling.

The project began when Mathis and Evans were out collecting data for ocean acidification research with NOAA in 2013. Mathis and Evans visited Alaska twice a year, once in May and once in September.

“But in September, when we would go into the Sound and into some of these glaciated shores that are around the Sound, we’d make carbon system measurements in the surface water [and] we’d see these melt plumes, especially near the glacier, that are corrosive to calcium carbonate but also under saturated with respect to carbon dioxide,” said Evans. “And so because they’re under saturated with respect to carbon dioxide they have the potential to take up carbon dioxide from the atmosphere.”

Mathis and Evans submitted their findings in a study that was published in January of 2014 in which they stated that “glacial discharge in this high latitude coastal setting has a radical impact on the corrosivity of CaCO3 that may then be exacerbated by air–sea gas exchange.”

“The melt water’s coming off the glaciers and it has the potential to get more corrosive because of ocean acidification,” said Evans. “It’s the combination of a natural effect and an anthropogenic effect that might make it worse for corrosive levels in the near shore around Alaska.”

“That’s what this project is all about,” continued Evans. “Trying to understand the evolution of carbon dioxide and the corrosivity of these melt plumes within Prince William Sound.”

As the project continued forward, members of the research team saw one surprising development. “We expect[ed] oxygen levels in that very near glacier water to be pretty low because that water is coming out from underneath the glacier [and] hasn’t been in contact with the atmosphere for some time,” said Evans. “But what we’re actually observing is really, really strong super saturation of oxygen.”

In the future, Evans hopes to continue working with new technology and with partners like Major Marine tours.

“These kind of approaches are hugely valuable and Major Marine has other vessels that operate in Southeast Alaska that are more like ferries rather than tour vessels,” said Evans. “I think I’d like to see us head in that sort of direction of outfitting vessels like that especially if that ship is traveling the same track every day like Fairweather Express II is. Then it acts like a moving mooring almost.”

It isn’t just the ocean that can be affected by acidification. Any water has the ability to take up carbon dioxide molecules, including river water. In a recent study published in Natural Climate Change titled “Responses of pink salmon to CO2-induced aquatic acidification” from Miechelle Ou et. al, researchers found that juvenile pink salmon were being damaged by pCO2 levels in their developing habitats. Their data “indicate that future populations of pink salmon may be at risk without mitigation and highlight the need for further studies on the impact of CO2-induced acidification on freshwater systems.”

What OA’s impact will be for the Cordova community still remains to be seen. As a part of climate change, acidification takes a long time to make a grandiose—or even visible—impact. This makes the work that researchers and scientists like Jeremy Mathis and Wiley Evans do that much more crucial. While there may not be concrete diagnoses for the future of the planet’s oceans, monitoring change over time can help allude to the best actions to take for the foreseeable now. 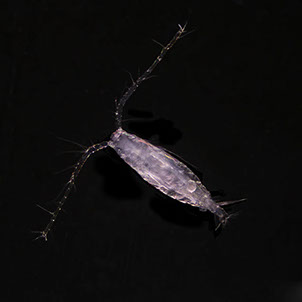 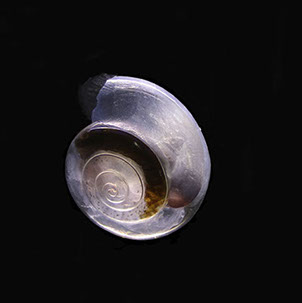 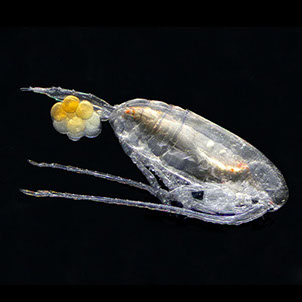 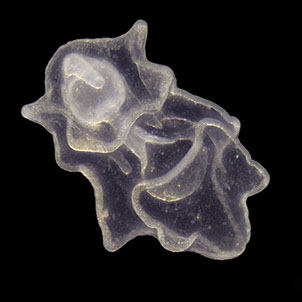 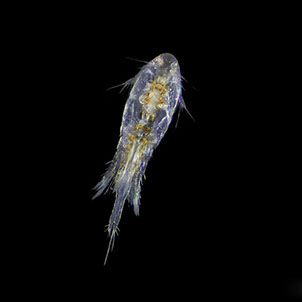 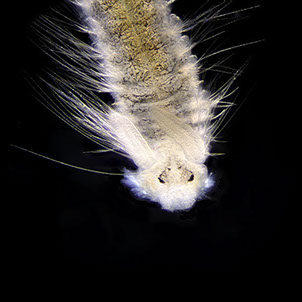 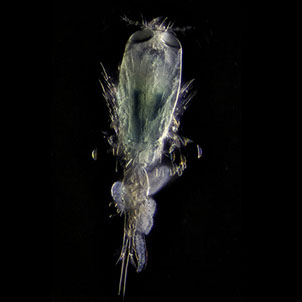 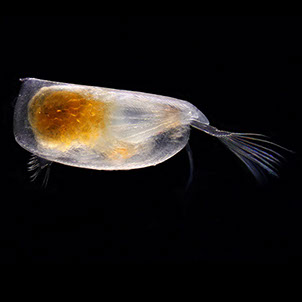 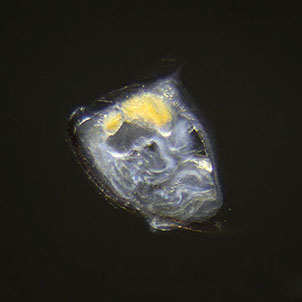