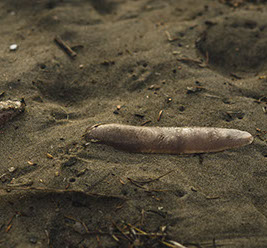 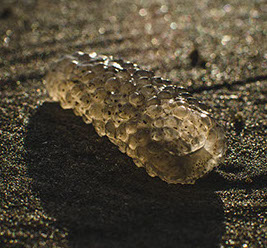 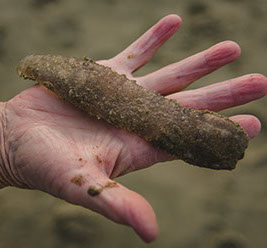 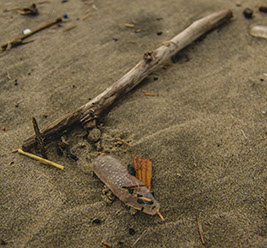 From 2013 to 2015, a large mass of warm water nicknamed “The Blob” flowed along the West Coast, stretching from Alaska to Mexico. While scientists are not completely sure where this warm water came from, many argue that it is due to the Arctic sea ice melting at a faster rate than previously recorded, throwing off the normal atmospheric jet streams.

For those two years, it mixed up local ecosystems and West Coastal weather patterns. The warmer water nurtured the densovirus that caused mass mortality of sea stars all along the coast, known as the Sea Star Wasting Disease. The warmer waters also led to an increase in sick otters and whales in Alaska and large blooms of jellyfish that thrive in warmer waters. Meanwhile, on the main land, the warmer water changed the wind patterns, resulting in unusual weather. A major drought dried up the landscape and encouraged more ramped wildfires.

While the blob slowly went away in 2015, the West Coast is still feeling the impacts of this surge of unusually warm water. Organisms that been rarely seen on the coast have washed up in the thousands. Pyrosomes, tunicates that resembles a translucent Jell-O pickle, only just showed up this spring, flowing in with the warm water currents. These organisms are usually found 40 to 150 miles off tropical coasts.

Scientists are racing to find out more about pyrosomes, but here is what they currently know. One pyrosome is a colony of tiny little organisms called zooids that work together like workers in a company, fulfilling different jobs that help the pyrosome feed, protect itself and reproduce. Zooids asexually reproduce more zooids and the individual organisms are connected so tightly that they feel like one hard body.

Scientists also know that pyrosomes feed on microscopic algae called phytoplankton by catching them in a mucus net as they float through the water. Pyrosomes themselves can’t swim fully against the current and are therefore considered plankton. While most of the pyrosomes that washed up along the West Coast, particularly the Oregon coast, are around the size of a large pickle, these tunicates can get 2.5 feet long.

Pyrosomes are slow moving and harmless to humans. Many divers find them fascinating because they are so simplistic and yet can bioluminescent, or produce their own light. They have been called “unicorns of the sea” because they are so strange and appeared out of, it seems, nowhere.

While pyrosomes are individually small, they showed up along the West Coast by the hundreds of thousands. In June, a research net dragged in the Columbia River brought up 60,000 pyrosomes in five minutes. They’re sheer numbers has hurt the Oregon salmon industry because they clog catching facility gear.

Scientists don’t know yet what their effect will be on the local ecosystems. They suspect that they might increase competition for other organisms that eat phytoplankton, messing with food chains.

University of Oregon graduate student Hilarie Sorenson is researching the short- and long-term impacts of pyrosomes on West Coast ecosystems. She works alongside scientists at Newport’s NOAA Northwest Fisheries Science Center. She hypothesizes that there might be a reoccurrence of pyrosomes in late summer, early fall, giving her another chance to observe their behaviors more.

The effects of The Blob provide a good example of what is to come as oceans warm: more extreme weather patterns, increased spread in diseases and marine migration. Instances like pyrosome up-rise will become more common and more marine ecosystems will be messed up due to this.

Why should humans care? Marine ecosystems are connected to ecosystems on land, including ecosystems that humans depend on.