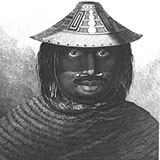 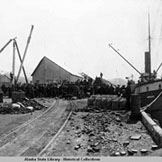 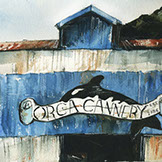 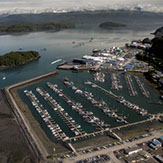 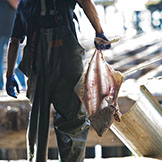 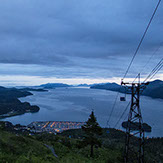 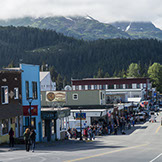 Cordova is a magnet for the adventurous and ambitious. Maybe it’s the draw of Alaska’s staggering wilderness and natural beauty, or maybe it’s the potential to make a lot of money off a few hard but fast months of work. Whatever the reason, a singular sense of longing and optimism saturates the air there. Alex Tizon knows the feeling well.

A Pulitzer-winning journalist, former bureau chief for The Los Angeles Times, author of Big Little Man, and professor at the University of Oregon School of Journalism and Communication, Tizon’s gift is the written word. But his was not a direct path to success. In college, he studied political science and assumed he would end up in law school. That was the practical thing to do. Yet the impractical version of twenty-something Tizon daydreamed of being an author and living out Kerouacian adventures. It was this dream, and the promise of quick cash and lots of it, that first brought Tizon to Cordova in the summer of 1981.

“After college, I didn’t really know what I wanted to do,” Tizon says. “Going up to Alaska was my version of On the Road. It was a journey. I went up to Cordova not really knowing what to expect, and this little fishing town turned out to be this really important place for me.”

By ‘81, Tizon had finished most of his coursework in political science at the University of Oregon. He then left college without applying for a degree and, as he puts it, “just wandered around” for a while.

He knew friends who had been going up to the small town of Cordova, Alaska in the summers and coming back with pockets full of cash. So, when his friends asked him to join them that summer, he boarded a plane and headed for the last frontier.

In the early ‘80s, there were five major canneries operating full-time in Cordova. Each summer, hopeful workers from the lower 48 states and around the world flocked to Cordova’s canneries looking for seasonal work. Once all of the jobs were taken, leftover hopefuls spent their days standing outside of the canneries from early morning to evening waiting for workers to quit or be let go and open up a position. A greenhorn, Tizon waited that first summer for almost a month, standing in line outside canneries all day hoping for someone to hire him.

Tizon wasn’t nervous going up to Cordova with little money, half a plan, and no experience. “Going up there, you know, I was 20 years old and fearless,” he says. “I knew I’d be alright, that I’d figure out a way. I was dumb and fearless.”

After nearly a month of waiting for work, he started running out of money and knew he had to either get a job or move on. As with all last-ditch providence, it was then that he landed his first cannery gig. His first job was the “lowest and dirtiest” of all cannery work, known as working the “slime line.” Responsible for gutting fish as they slid past on a conveyor belt, Tizon says slime line workers spent 12 to 18 hours per day standing in a “shower of blood and viscera.” Despite the job’s uncanny resemblance to Dante’s ninth circle of hell, Tizon stuck with it that summer, worked hard, and put in his time. He returned three more times, in the summers of ‘82, ‘83 and ‘85, and eventually earned his way up to the elite cannery class of “case up” workers, a dry job on the opposite end from the slime line.

Tizon describes his first experiences in Cordova as a “heady mixture of romanticism and dirty reality.” His first summer in Cordova, he couldn’t afford a hotel room or car and the local churches were full to capacity with other migrant summer workers, so he slept in an abandoned house. A short distance outside of town, damaged and forgotten after the Great Alaskan earthquake of 1964, a house had split and leaned precariously along a high overhang looking down at a bay. That summer, Tizon spent most of his nights in a sleeping bag laid out on its sloping floor. There were broken windows, no electricity, and no plumbing.

He bought his first gun that summer, to ward off bears and intruders. He knew nothing about guns, but someone had told him he should have one for protection up there, so he got one. He chose a .357 Magnum to start. Once during that first summer, he was robbed. A watch and his only coat were stolen from the house, and the few things he owned suddenly became fewer.

Tizon shrugs and says that’s what happens when you live as a squatter. “Here I was, a smart, suburban, university-educated kid with a political science degree who was living like a homeless bum,” he says. Part of the magic of Cordova was the “revelry, the carelessness and carefreeness” of shedding one’s identity and becoming someone else up there.

During the last two of his Alaska summers, he took the passenger seat out of a 1979 Volkswagen Rabbit, built a makeshift cot in the empty space, and traveled and lived in his car.

Tizon kept returning to Cordova for the money, but also for the experiences — he had never encountered anything like it before. He describes his summers living on the edge there as an otherworldly and magical time in his youth. Tizon says he’s never drunk as much or danced as much before or since.

When he was still looking for work that first summer, Tizon recalls standing in line outside canneries from 7 or 8 a.m. until dusk. Once it got dark, he and his friends hung out at the local bars to dance and drink. If he wasn’t in an unemployment line waiting for work, Tizon was at the public library or one of the clubs.

He remembers wild characters, like the patrons of Old West frontier saloons, coming from work at the canneries and seiners to dance in their waders and rain coats and rubber boots. “We were all just young people having adventures and finding our way to the next step,” he says of himself and his friends.

Tizon fell in love with Alaska during those four summers. “That sense of longing and searching colored the whole place,” he says. He liked that, planted in the middle of serious wilderness for hundreds of miles in every direction, with no roads into or out of town, the people of Cordova weren’t isolated. Everyone needed everyone else in order to get by.

During his third summer working in a cannery, Tizon realized his seasonal affair with Cordova would eventually have to end. It was time to buckle down again, time to go back to school, time to get a real job. He decided to apply to law school, “because that’s what people do.”

After he had been accepted to Stanford, he went back to Cordova for one last summer and “one more wad of cash for grad school.”

When Tizon finally came home, he unwittingly opened the door to what became a successful career in journalism and, over the next three decades, established him as a writer and took him places that far exceeded even the expectations of youthful, quixotic, adventure-chasing Tizon.

He still sometimes returns to those old stories he dreamed up but never published as a young wanderer. He says they remind him of who he was, a “lost little kid, the way most 19- and 20-year-olds are.”

“[The stories] were written very preciously,” says Tizon. “I was a kid who wanted to be a writer who wasn’t yet a writer. They’re a record of my thoughts, an evolution of my own thinking.”

Tizon returned to Cordova in 2008 to do a story for The Los Angeles Times on the deterioration of the cannery industry there. Today, he says, it’s a shadow of its former glory when he worked there in the 80s. But, he says, it was secretly an excuse to visit Cordova again. Though the fishing industry there has changed over the past 30 years, some things have remained exactly the same. Tizon says most of the streets and some of the buildings, like the historic Alaskan Hotel, haven’t changed an iota since the early 80s.

He knows he’ll go back again soon. He’d like to take his wife and children, who have never been to Cordova, just to visit. If he were a millionaire, he says, he’d own a home near there. For Tizon, Cordova and its tiny, tight-knit fishing community is a part of his personal story now.

“No other place brings me to that exact moment in my own history,” says Tizon. “I’m never going to have that exact same angst again. When I went there in 2008 and walked down Main Street and went to the library and to the Reluctant Fisherman (an inn whose lounge is one of Cordova’s most popular), I remembered what I felt like sitting there, eating their fries and having five dollars in my pocket, and looking out the windows at this incredible sight and not really knowing what my life was about yet.”

Many of us who have wandered far enough north to have stayed in that quiet little place, nestled among glaciers and cut off from the rest of the world by a landscape so gorgeous and rare, remain haunted by that same adventurous longing. Mvvvvvvvvvaybe it’s the pure air, or the open sky, or the close proximity to such powerful, true wild. Over and above its sometimes gritty reality, Cordova exudes an innocent romanticism and a sense of promise that is as intoxicating as it is umatchable. 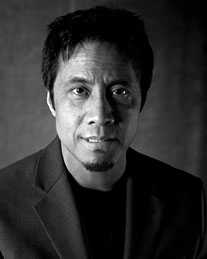 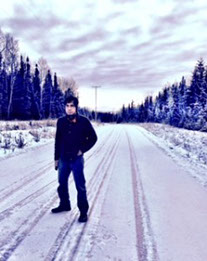 We left a lot of things behind when we departed for Cordova—high-speed Internet, hairdryers and happy hours. Though we were in a new landscape with different sights, sounds and customs, there were plenty of reminders that we weren’t too far from the lower forty-eight. For me, those reminders came as bumper stickers, and the most ubiquitous bumper sticker here was one that read, “NO ROAD Cordova, Alaska.”

The longest road in Cordova ends fifty miles outside of town at the Miles Glacier Bridge, paved on top of a railroad that was once used to transport copper ore. Though the road ends on the far side of the bridge, the now abandoned railroad continues past the nearby town of Chitina. Throughout the years, this abandoned railroad has been the proposed path for a road connecting Cordova to Chitina and thus the Alaskan road system. This connection would undoubtedly bring in more tourists, more fishermen and other outside economic interests—all with the potential of unbalancing an ecosystem and economy already vast and fragile.

The Good Friday earthquake of 1964 destroyed part of the bridge, dumping one end of the span into the river below. Repairs were made to keep the bridge usable, but the road to the bridge has been washed out for years about 35 miles from town. After we left this year, the road washed out only 14 miles from town. It’s a tough place to maintain a road.

In Cordova, “no road,” is not a simple reference to the fact there are no roads connecting Cordova to anywhere else in Alaska, or the world. It is a sign of respect, a bow, an acknowledgement of our inferiority to the power nature will wield. Comparatively, there is no road in Cordova and there is a lot of nature—and rightly so, the salmon fishery here is so deeply ingrained in the economy, ecology and lifestyle that anything but the dominance of nature would mean failure for humans.